Searl Derman, owner of Inverdoorn Private Game Reserve, just outside of Cape Town in the Western Cape, South Africa, and his management and staff are left traumatised after four rhinos, (including one pregnant female) were found massacred last night (Wednesday 08 December 2021).

At approximately 22h30 the 24 hour Anti-Poaching Unit raised the alarm as they found the horrific scene of four shot rhino while on their regular patrols. The initial scene assessment found that two rhinos had already succumbed to their injuries, while the remaining two, although still alive, were heavily injured.

The team acted fast as a fifth rhino was missing and tracking operations were immediately activated on the 10 000 hectare private game reserve while the management, conservation teams, wildlife veterinarians, law enforcement and others were notified and dispatched to the scene.

Allegedly, large calibre rifle rounds from silenced weapons were identified on the scene and patrols were intensified to protect all against the heavily armed perpetrators.

Sadly the Anti-Poaching Unit soon confirmed the death of the two injured rhinos. According to management, one of the killed females was pregnant. 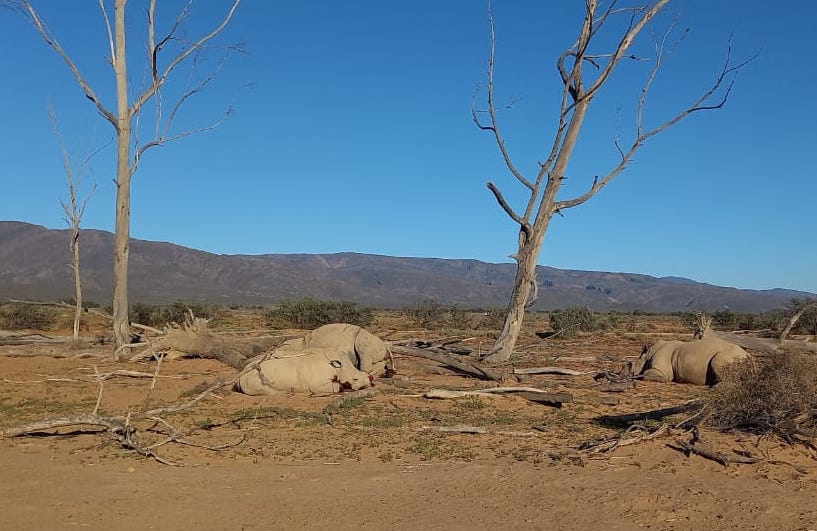 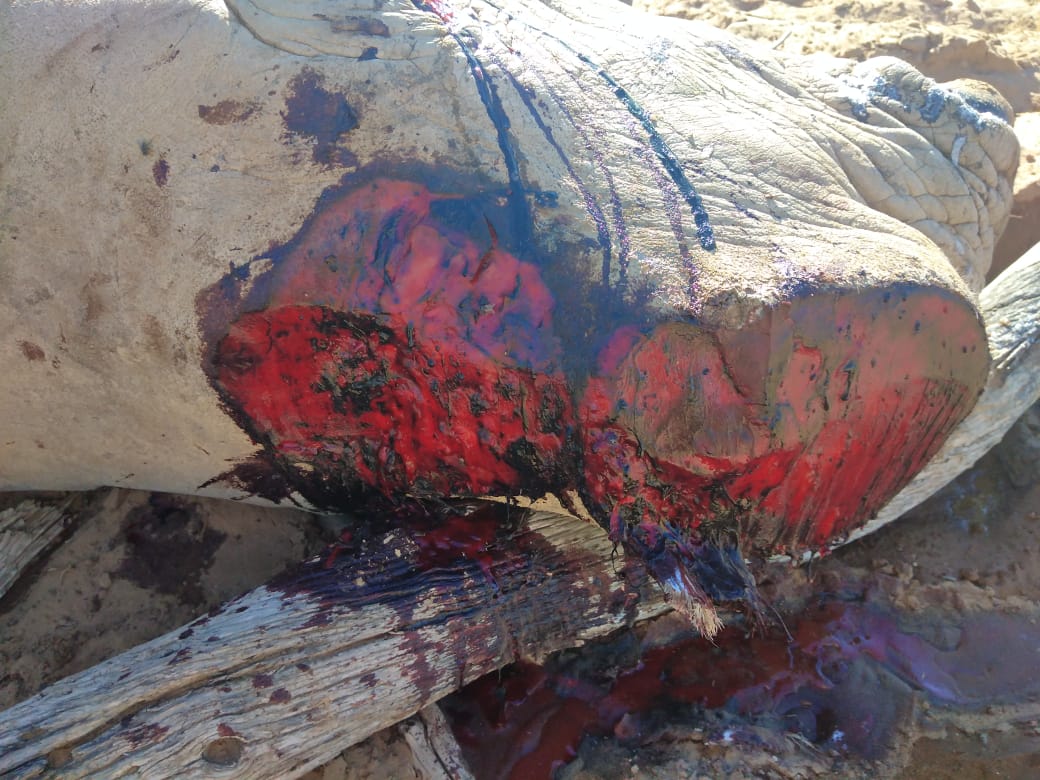 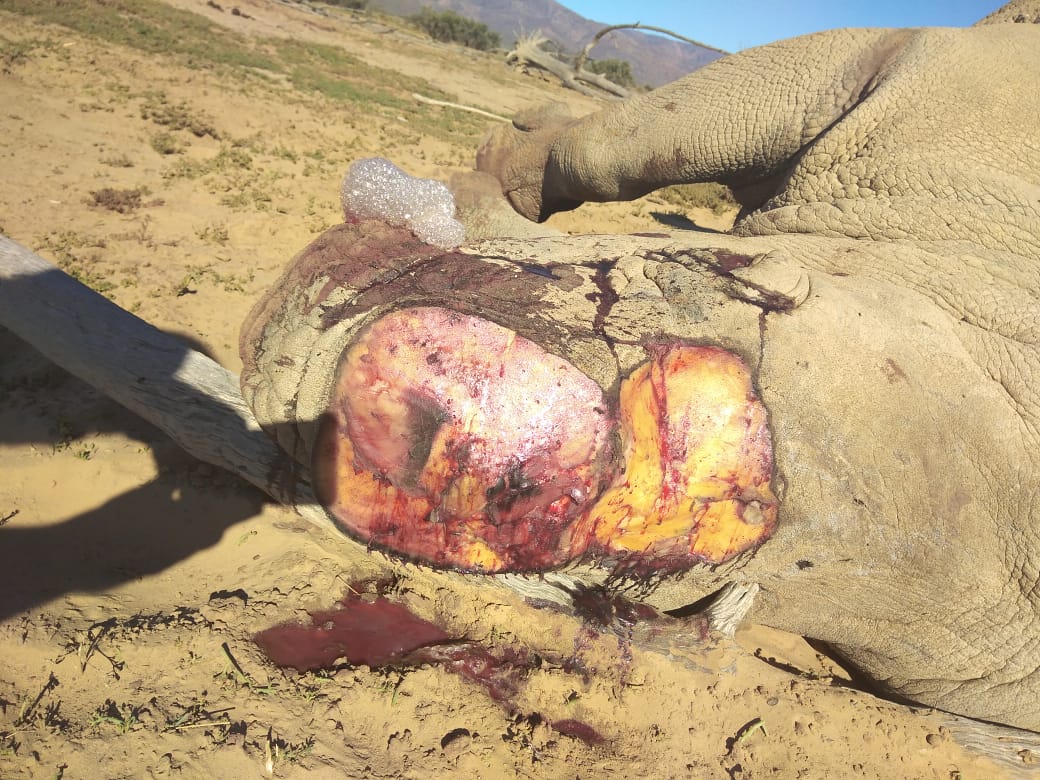 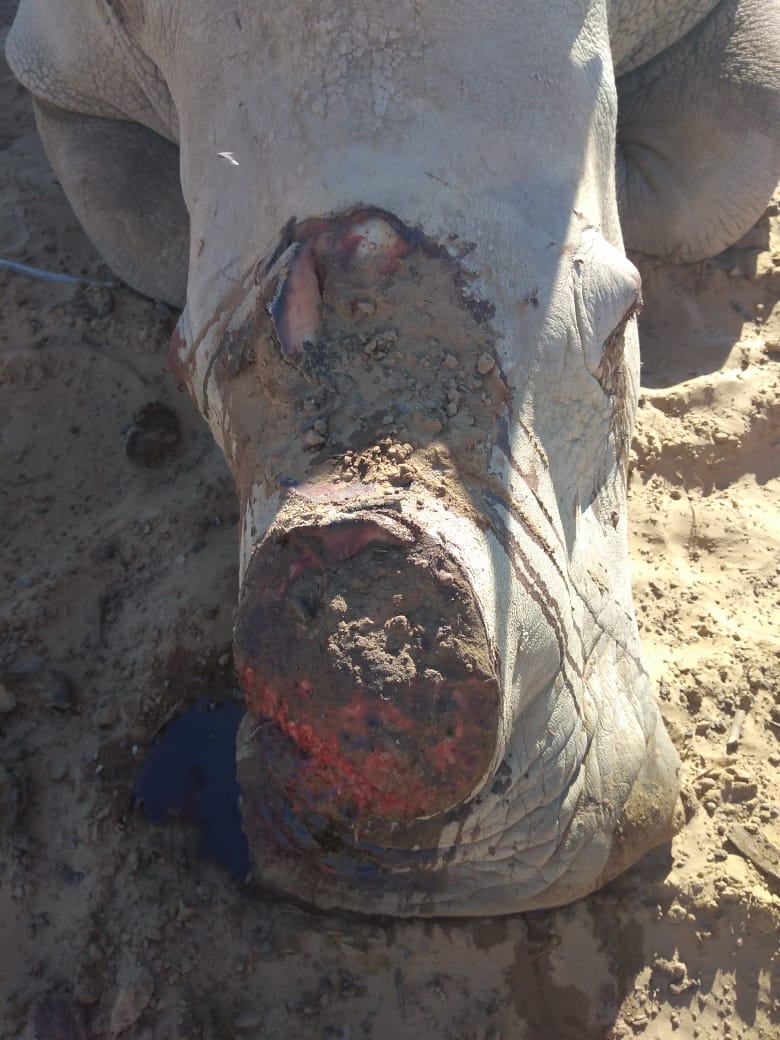 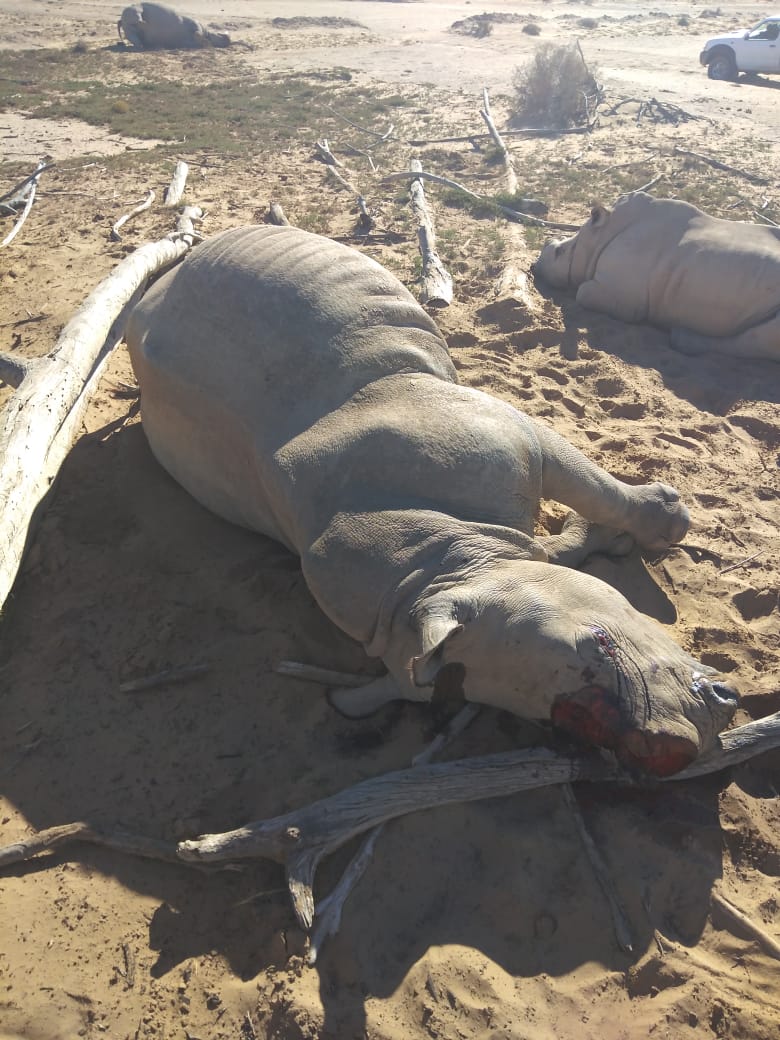 At approximately 02h00 the team got eyes on the fifth injured female rhino. She was shot in the face, painfully injured but still alive.

Owner of Aquila Collection, Searl Derman said that he is “horrified to relive this nightmare! As with our previous poaching incident at Aquila Private Game Reserve in 2011, we will again commit to sparing no expense or effort in the pursuit to catch and bring justice to these vicious perpetrators who massacred our rhino.”

“We are starting by offering a R100 000.00 reward for confidential information that will lead to the successful arrest of the criminals that brought much heartache and loss to the staff and management of this unique Western Cape private game reserve.”

This nightmare comes at a time when the tourism industry and the private game lodges of South Africa are already throttled by continued unjustified international travel bans. The industry is obliterated and many private game reserves have gone insolvent, culled wildlife, reduced staff and other resources to extend their lifeline as the pandemic continues to create havoc.

There is not only a social cost to this pandemic, but wildlife are unwitting participants and victims of the pandemic.

In response to the 2011 rhino poaching incident at Aquila Private Game Reserve, the company initiated the Saving Private Rhino NGO and acquired the oldest gun shop in the city of Cape Town. The City Guns business is instrumental in supporting the Anti-Poaching and Rhino Response teams of not only the Aquila Collection, but other private game reserves in South Africa.

Under the NGO, Saving Private Rhino and in conjunction with City Guns, teams are provided with expensive gear and equipment. The initiative also includes free training to private Anti-Poaching Units, game rangers and government wildlife agencies.

Over the years, Saving Private Rhino have also been instrumental in several other rhino poaching investigations and the arrest of poachers – including the syndicate that attacked and killed the Aquila rhinos in 2011.

At that particular time, the South African National Defence Force was active in the Kruger National Park and other state owned reserves while organised crime, as opposed to opportunistic poachers, were branching off to attack private game reserves. Unlike the military and government agencies patrolling the national parks, private lodges could not afford the resources to protect their rhino.

Derman added: “we can assure you that we have already instituted a private forensic investigative team and private investigators on a local, regional and national level and we will vigorously pursue these poachers”.

In an immediate response, a wildlife veterinarian team under the leadership of Johan Marais has been dispatched to assess the injuries of the fifth maimed rhino and they are considering facial reconstructive surgery as a matter of priority.

While the Aquila Collection does not promote rhino dehorning, Inverdoorn Private Game Reserve has previously gone through the process to dehorn rhino and replace the horns with synthetic horns. This groundbreaking technique was implemented to reduce the risk of poaching and while widely publicised, together with signage on reserve fencing, this did not deter the poachers of this latest incident. One of the slaughtered rhino had a realistic and lifelike fiberglass horn with zero value to these poachers.

Over the years, Aquila Private Game Reserve and Searl Derman have been awarded the most reputable local, national, and international awards for its wildlife conservation and sustainable tourism efforts, including the Imvelo, Lilizela, Australian Steve Irwin (Crocodile Man) wildlife award as well as the most recent prestigious globally recognised Skål International Sustainable Tourism Award in 2020.

“Due to the ongoing pandemic and international travel bans, private game reserves all over South Africa are more exposed than they would like to be. We thank our hard working rangers and Anti-Poaching Unit for their relentless work. We are proud of their response to the crime and their ongoing commitment to wildlife conservation during these dire times within the tourism sector,” Derman said.

We are creating a reward for information and inviting the public and concerned citizens to make donations towards the private investigation, forensic teams, medical and vet bills, training, staffing, and rewards that we plan to offer to motivate informants to provide information.

All funds received will go directly into our internationally acclaimed efforts.

The public and any other supporting services can make contact via info@savingprivaterhino.org, +27(0)83 441 2826, or send information via the Saving Private Rhino Facebook page message facility.