MY CART
or
CHECK OUT
Menu

Aquila is proud to have re-introduced the big 5 into the western cape and is dedicated to the preservation of wildlife. Aquila’s conservation efforts extend to wildlife rehabilitation and re-introduction, land rehabilitation, anti-poaching programmes, eco-friendly tourism and community support 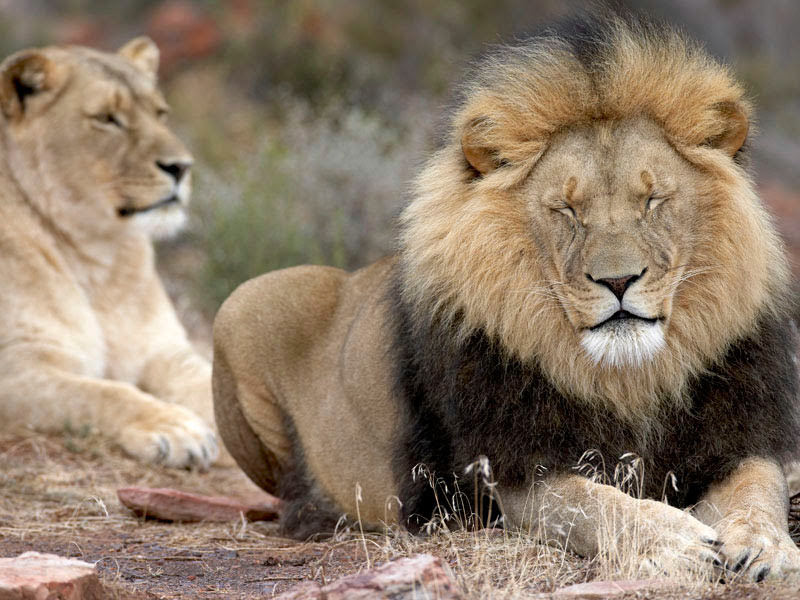 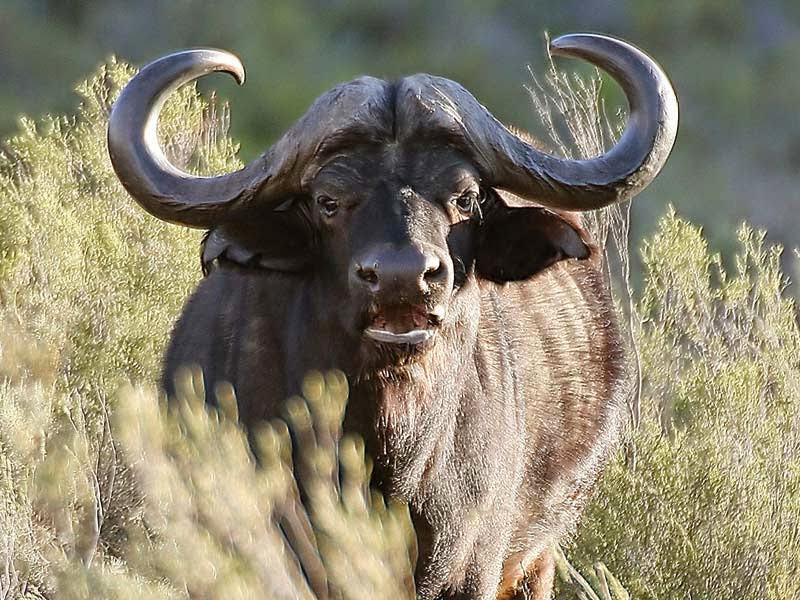 When you start researching an African safari, the term “Big 5” often crops up. The “Big 5” refers to the African lion, leopard, rhino, elephant and Cape buffalo.

Approximately 250 years ago, the Big 5 were on the verge of extinction in the Western Cape by virtue of being hunted. The owner of Aquila, driven by a desire to share his love of the wild with Cape Town, set about searching for the perfect piece of land to re-introduce the Big 5 to the Western Cape. He was fortunate enough to come across a nature reserve that would suit his purpose and was already home to various antelope species.

Story of the Lion

The largest of the Sub-Saharan lions, the Cape mountain lion resided for millennia in Southern Africa before it finally became extinct in the wild during the mid-nineteenth century. The huge lion, renowned for its thick black mane, used to live in areas that are now part of Western Cape Province in South Africa, surrounding Cape Town.

The lion is probably Africa’s most iconic animal, especially with its majestic mane that makes it look like a large cat with fierce hair extensions. Indeed, the lion is often associated with pride. Amongst the Big 5, the lion is usually regarded as the most sought after trophy by hunters and the most sought after sighting by eco-tourists. Lions have no natural enemies other than human hunters. Lions are included on the Endangered Species list.

During the search for the closest species to the cape mountain lion, the owner of Aquila came across the “canned hunting” industry, which shocked him to the core. “Canned hunting” includes the practice of breeding animals specifically to be hunted and the practice of hunting tame, drugged animals and animals in small enclosures. Aquila is passionately opposed to this practice and it has become one of the core values of Aquila to combat this practice wherever and whenever possible.

All of the lions at Aquila have been rescued from this industry. A separate reserve was created at Aquila. An entire mountain and valley on the Aquila Reserve has been set aside as a sanctuary for these lions to roam freely. At this late stage, these lions could never be released into the greater Aquila Reserve, given the stripping of their natural behavioural patterns by their time in captivity. Research is underway to determine whether it would be possible to re-introduce captive bred lions into the wild from birth.

Story of the Rhino

Both black and white rhinoceroses are actually gray. They are different not in color but in lip shape. The black rhino has a pointed upper lip, while its white relative has a squared lip. The difference in lip shape is related to the animals’ diets. Black rhinos are browsers that get most of their sustenance from eating trees and bushes. White rhinos graze on grasses, walking with their enormous heads and squared lips lowered to the ground. Aquila is home to the white Rhino.

Adult rhinoceros have no real predators in the wild, other than humans. In 1970, a rhino poaching epidemic began that was to hit black and white rhino populations severely. The crisis continued to deplete populations right through to the late 1980s and early 1990s, so much so that by 1993, there were only 2,475 black rhinos left in the world and today only about 18 000 white rhinos living in the wild.
Although rhinos are large and have a reputation for being tough, they are very easily poached; they visit water holes daily and can be easily killed while they drink.

Aquila is proud to have been able to bring the first rhino to the Western Cape in 250 years and in February 2005, Aquila Private Game Reserve announced the birth of the first rhino birth in the Western Cape in 250 years. After the devastating poaching hunting incident in 2011 at the reserve, during which 3 rhinos were attacked, Aquila Private Game Reserve was left with no male rhino bulls to continue its breeding programme. In May 2014, Aquila acquired a new male rhino bull to continue its breeding programme at the reserve. The new rhino bull was purchased from the Limpopo area after his owners discovered signs of the rhino being tracked. At the end of 2015 and the beginning of 2016, Aquila was proud to announce the births of 4 rhino calves at the reserve. One of these calves was abandoned by its Mother and Aquila handed the calf over the the Aquila Rescue and Conservation Centre, to take of it until it is old and strong enough to released back onto the reserve.

As a result of the increased poaching activity throughout the country and across various species, Aquila has a policy not to divulge the number of any species on the reserve and we request that guests respect this policy.

Story of the Elephant

The African elephant is the largest land mammal and perhaps the African continent’s most charismatic creature. The nomadic people living in the Western Cape had lived harmoniously with the elephants and had little incentive for killing them or exploiting the forests and the other natural resources. In two centuries the European settlers came close to obliterating the forests and hunting the seemingly inexhaustible wild life to the verge of extinction.

Controlled hunting, a drop in the price of ivory, and the development of wildlife preserves following World War I saw the population of elephants once again increase within Africa. In the 1970s, the increase in the price of ivory reignited the poaching of elephants. The population, estimated to be at about 1.3 million in the early 1970s, dropped by more than half by 1995.

All of the elephants at the Aquila Reserve have been the subjects of a rescue operation from a culling practice. Culling is the process of removing or segregating animals from a group. In respect of wildlife, culling often refers to the act of killing removed animals. The elephants have settled at the reserve and their adaptation to their new environment is being closely monitored by the Aquila team.

Story of the Leopard

Considered to be one of the most successful of all African predators, the leopard is a master stalker. With a wide geographical distribution at the reserve, the leopard lives everywhere on the reserve yet is seen virt Although nocturnal animals, if you are lucky you may see some leopard roaming freely on the reserve. Cameras placed in the bush track the movement of the leopards. There are currently 4 leaopards that have Aquila Private Game Reserve as part of their territory.

Story of the Buffalo

The Cape buffalo, also known as the African buffalo, is a horned “bovid” that holds the dubious title of being the member of the Big 5 that has claimed the most hunter lives. The buffalo is a large animal that, with the addition of its horns, can maul its predators and is often able to withstand attacks by other wildlife. Wounded buffalo have been reported to ambush hunters and thereby launch a counter-attack on their pursuers.

Closely related to the domestic cow, the African buffalo is one of the most successful and perhaps ecologically important mammals on the African continent. Buffalo are completely dependent upon surface water, so are absent from arid and semi-arid regions but are widespread and common in savannah, woodland and forest environments.

Being a member of the Big 5 game family, the Cape buffalo is a sought-after trophy, with some hunters paying over $10,000 for the opportunity to hunt one. The larger bulls are targeted for their trophy value, although in some areas, buffaloes are still hunted for meat. The current status of Cape buffalo is dependent on the animal’s value to both trophy hunters and tourists, paving the way for conservation efforts through anti-poaching patrols.

Buffalos have to drink daily, and to witness a large herd approaching a waterhole – often in the early morning or late afternoon – is a memorable and noisy experience. Be sure to book a safari at Aquila to observe these amazing creatures roaming freely in the wild.

Aquila Animal Rescue and Conservation Centre
Following the initial rescue of the lions from the canned hunting industry by the Aquila team, word soon spread that Aquila was the place to turn to or contact if there was a need to rescue hurt, endangered and/or abused wild animals. It wasn’t long before another group of lions landed on Aquila’s door step. It was hoped that when these lions were weaned that they could be introduced to the existing pride at the reserve – this unfortunately could not happen.

This resulted in the establishment of the non-profit organisation known as Aquila Animal Rescue and Conservation Centre (ARC), recognized by the “Campaign Against Canned Hunting”. Aquila has made available a piece of land across the road from the Aquila Reserve for the re-habilitation of rescued, abused and/or captivity-bred animals that can never be released into the wild. A.R.C provides the perfect location and setting for these animals to live out the remainder of their natural lives in comfort and safety.

The Aquila team rescued a male leopard from the canned hunting industry. The leopard was extremely overweight with his belly dragging on the ground. This was due to the previous owners of the leopard purposely overfeeding him to create a larger pelt, which would be more valuable. At this stage, it is believed that the leopard would be better off in captivity as it has become very accustomed to humans and damage was done to his claws while in the “care” of his previous owners.

The nature and location of Aquila has meant that Aquila has and always will be contacted if there is an animal in need. Aquila, through ARC, will continue to provide whatever shelter and care is needed by these animals. The ultimate goal will always be to release any animals that are captive. If this is not possible then Aquila, through ARC, and the generous contributions from the public, will ensure that they have the necessary shelter, food and medical care. ARC has been fortunate enough to have been able to re-habilitate and release 3 mountain leopards, numerous lynx, porcupines, owls and various other species onto the greater Aquila Reserve.

The animals at ARC may not be viewed by the public, this to keep human interaction to an absolute minimum in anticipation of them either being released or rehoused into larger facilities or sanctuaries.

The Saving Private Rhino initiative was launched after the poaching attack in 2011 to ensure the future conservation of Africa’s rhino and wildlife heritage by providing the most comprehensive integrated anti-poaching solution available free to every private game reserve in Africa that needs assistance defending its wildlife.

During the 2011 poaching incident, 3 of Aquila’s rhinos were attacked. Aquila was able to save one of the 3 rhinos, one was already dead when discovered and the other rhino survived for 5 days before succumbing to its injuries. A lesson learnt through this emotionally taxing time was that private game reserves did not have the network or finances to deal with poaching effectively. Aquila initiated the ‘Saving Private Rhino’ program which is funded by Aquila and contributions from the public.