Aquila has embarked on another exciting exercise to reduce its carbon footprint. This program consists of a number of eco synergy systems that co-exist – amongst others, a waste management program that includes, worm farms and bio gas plants – resulting in community vegetable and herb gardens and an aquaponics system. In addition to ARC, guests visiting Aquila reserve are given the option tour these systems. 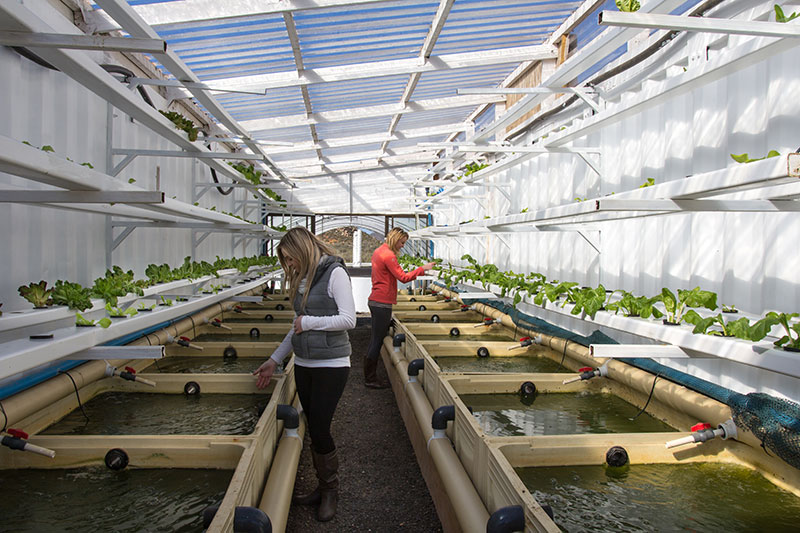 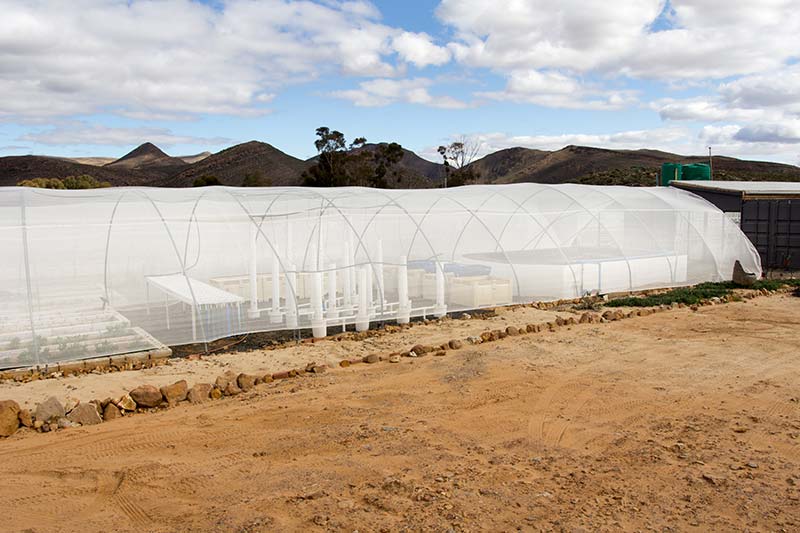 In addition to wildlife conservation, Aquila’s objectives are to develop the local community, both economically and socially and reduce its carbon footprint.

The economic impetus that is beginning to impact on the efficacy of conservation projects is further reinforced by South Africa’s current shortage of energy. In August 2010, Aquila managed to introduce and secure a R3billion deal with a world leading international renewable energy company, to build a concentrator photovoltaic solar plant (CPV) on Aquila’s land in order to supply much needed power to the Western Cape grid, in a time of load shedding, and a power shortage crisis.

This project employed many staff from Touws River on a short term basis during its construction and we expect many long term job opportunities such as cleaning, security, maintenance and management.

A second 120KW CPV solar plant was built at ARC and consists of 12 large CPV panels that produce on-site renewable energy used by Aquila and ARC, and thereby, reducing our carbon footprint.

Meeting the basic living requirements of the vast majority of the population, bridging societal inequalities, and improving economic and employment opportunities in a sustainable way pose some of South Africa’s most serious developmental challenges.

Aquila is proud to have contributed approximately R400 million in salaries in the last 17 years which has empowered the local community of Touws River and assisted with the creation and sustainability of small businesses within the community (for example, a majority of the doors, bricks and windows in the developments at the reserve have been proudly made by the local community). Given that one salary feeds multiple persons in Touws River, approximately 35% of the 12000 people in Touws River are directly dependant on the employment opportunities offered Aquila. In addition, a majority of the food supplies, veterinarian services, labour, building supplies and material are outsourced by Aquila to local companies.

Aquila prides itself on social development, upliftment and responsible tourism and has selected candidates from the local community of Touws River to uplift and train such candidates in relation to wildlife, conservation and sustainable farming and development. The majority of Aquila’s previously disadvantaged employees have been trained in the tourism, hospitality and conservation industries. Aquila is dedicated to on-going training programmes, including but not limited to, health and safety, security, first aid, firefighting and information technology training. 95% of all previously disadvantaged staff members have been trained to be fully competent and certified as game rangers, drivers, waitresses, chefs, registered security officers and anti-poaching guards, cleaners, front and back of house staff, game capture and translocation rangers, environmental and maintenance.

Members of the Touws River community have been awarded Nature Site Guide qualifications in a joint venture with a local training provider, the Nature College. During 6 months of rigorous practical and theoretical in-house training, the aspirant candidates are educated on a variety of subjects such as geology, desert ecology, fynbos, birds etc. Aquila Private Game Reserve not only provided their qualified guides as mentors to all the candidates, but also paid for the training and evaluations.

Since 2004, Aquila has sponsored a full time teacher at the local school, soccer and rugby teams. This ongoing effort investing in the future of the community will ensure that the local community obtains a good education and empower them to succeed in the future. Aquila also continues to host school children from previously disadvantaged local schools on complimentary daytrips to the reserve. Aquila believes that urban children learn more about nature, wildlife, sustainable social upliftment, conservation and responsible tourism in one day, while visiting Aquila and ARC, than could ever be taught in a classroom.

Aquila also runs a winter food for litter campaign, where local residents are encouraged to collect litter, and trade it for recycling, whilst receiving meals for the collected litter. Over 350,000 meals have been provided to the local community during winter for the past several years.
In Touws River, temperatures can drop to below 7 degrees celsius. Aquila has donated over 12,000 blankets during these harsh winter months.